Top 16 Worst Things About Having a Beard 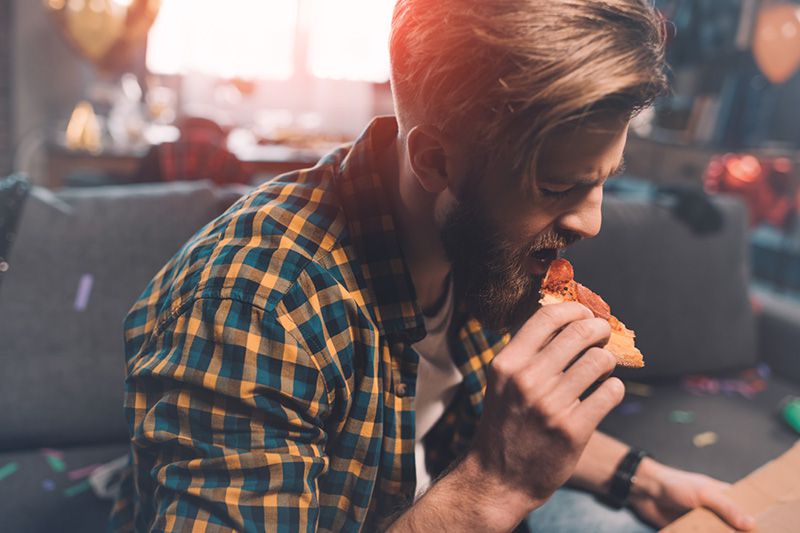 Now don't get me wrong, there is no way I would ever put you off growing a beard. It is the single most awesome thing I have ever done, apart from getting married and watching my baby girl being born of cause!

Let me tell you that the advantages of having a beard will definitely outweigh anything you're going to read in this article. (I should probably write a counter-argument to this article - I'll add that to my to-do-list)

I'm going to talk about the worst things about growing a beard. I mean these are the worst of the worse of things that really will annoy you!

Like I said earlier, even though there are negatives about having a beard or a moustache, the benefits will outweigh these by far in my opinion. I guess it's down to you!

So having a beard is great, but there are also some bad things and downsides to having one. I've done some research and when I say research, I actually mean that I've asked fellow bearded brothers what things about having their beard really annoy the shi## out of them.

I've got to say that I've had some pretty hilarious stuff and I'll put some of them down at the end of the article.

Being serious though, after "combing" through the jokes (excuse the pun), I've come up with my top 16 list of worst things about having a beard and some of them are things I wish I knew before growing a beard.

Top 16 worst things about having a beard

Yep, the morning beard is just fu##ed up! If you're anything like me, when you wake up in the morning, your beard looks like you've just been through the tornado in The Wizard of OZ. I mean it looks like crap.

You'll have hairs sticking out sideways or any other way you can imagine.

It's not always bad in the morning, but for me, 6 days of the week it will look like sh$t. I'm not kidding here! Sometimes it takes me 30 mins of blow drying to get my beard looking good again. Even then, there are days when my beard just won't stop bending to the left.

Day after day of beard oils, beard balms and combing, brushing, blow drying! It never ends. Sometimes I could literally spend an hour getting my beard looking good in the morning. I mean, I was late for a meeting once because I was in the toilet at work getting those last minute beard balm touches in place.

Let's face it if you're growing a beard, you're gonna want to keep it looking it's best all the time. Why wouldn't you?

If you go out in public, you wouldn't NOT get your beard looking pukka. I mean it's on your face - pretty damn noticeable if you go outside looking like Worzel Gummidge.

I can't tell you how many times people approach me with questions about my beard - "How did you grow it so long?", "Can I have a beard in the Army?" "Doesn't it annoy you?", "Will a beard stop me getting knocked out?" or my personal favourite:

"I've always tried to grow a beard. What's your secret? Can I touch it?"

My secret?! It's not rocket science. Just grow the frickin' thing!

You do get used to it after a while, but be prepared for the onslaught of questions lads!

4.) The classic food in your beard 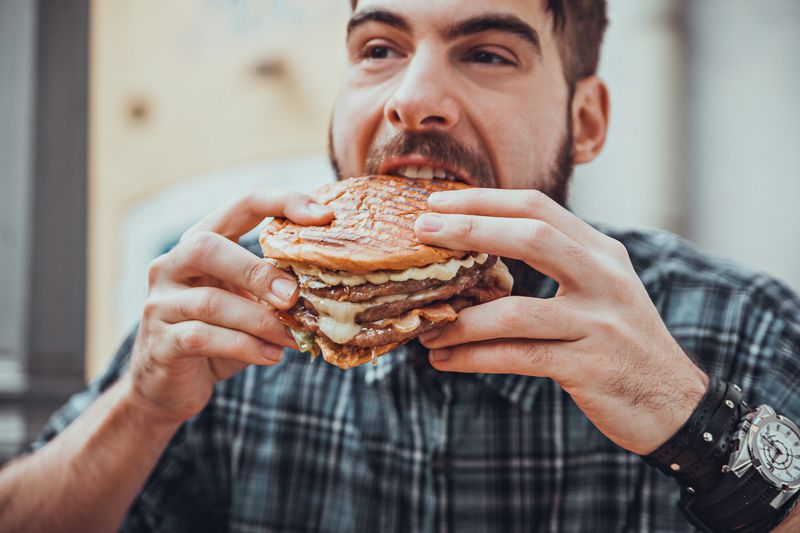 If you're a messy eater like me, then you have no chance. When I first had a beard, my solution was to constantly carry around tissues or a napkin and eat food like a chump.

So what if the food gets all up in your beard?! Just let it go and accept the fact that you're going to be hiding a nest of crumbs in your beard.

That's right, accept the fact that your moustache is going to get covered in beer head when you're down the pub.

I remember going into an important meeting once with dried porridge down the front of my beard. The worst thing is, no one said anything to me until a few hours later.

This really does grind at me. Just because I have a frickin' awesome beard, you think I'm going to rob you?! Come on man!

There is nothing worse than people judging you. I mean I would be walking down the street and see people literally cross the road trying to stay away from me. It's a sad community we live in at times, so be prepared to have a thick skin and deal with the judgmental bastards!

If you've grown a handlebar moustache, then you will know what I'm talking about here. There is nothing worse than that irritating moustache tickle when you're growing and training your moustache. I mean it can really annoy the sh$$ out of you at first.

It might even tempt you to trim your moustache.

You do get used to it and moustache wax does help you get the stray little hairs out of the way, but man it's annoying!

My beard is very coarse and wiry, so it's a bitch to comb sometimes. Not all of us are blessed with god-like hair like David Beckham, most of us have to deal with knots and tangles on a daily basis.

I mean my hair can get so knotty at times, I actually broke a wooden comb in my beard once! That's crazy! You need to look after your beard and keep it looking and feeling good with beard oil and conditioning products. That will help with the knots.

It's still a bitch to deal with in the morning! Well for me it is.

8.) Dealing with the zipper

Ah, the dreaded zipper. This is one of the things that you need to be on alert about. It's just so easy to get caught out with this one. There is nothing worse than putting on your hoodie, then quickly zipping it up and getting it caught in your beard!

There are times when I've actually had a tiny tear in my eye. 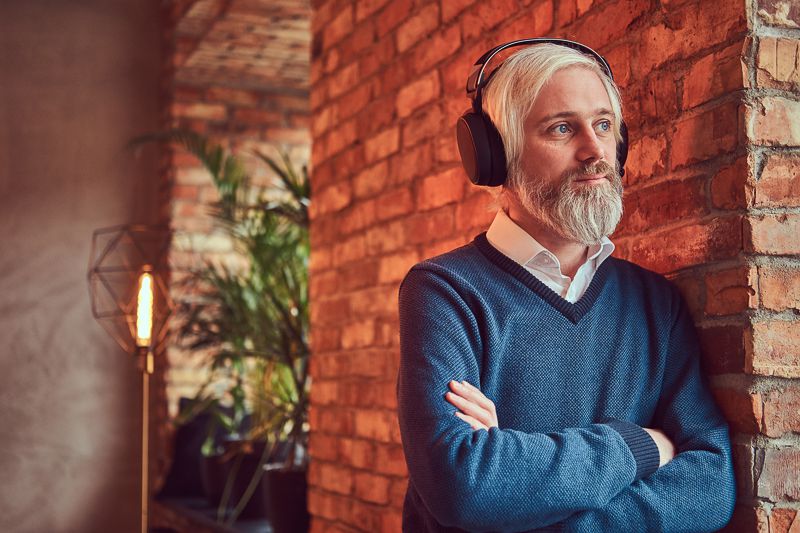 This is a strange one, but having a beard actually makes you look more mature beyond your years, but some might say you look older!

Now not all of us are going to look like the king of the salt and pepper beard George Clooney, so be prepared for those odd coloured hairs and sneaky grey hairs popping out of nowhere.

I tend to get a single thick random grey hair in my moustache, always in the same place too - very strange...

I've spoken about this so many times in my articles about growing a beard and beard dandruff. But this can be a massive irritation if you let it.

It's going to itch at the beginning, but a good beard care routine and using the correct products and care could leave you beard itch and irritation free.

You've got to put the work in lads!

11.) People wanting to touch your face

At first, it can be cool, people admiring your face beast. It makes you feel good.

But, when old grannies come up to you at Tesco and ask to touch your beard because their grandson wants to grow one, then you know you need to run for the hills.

If you're a family man like me, then you will have issues. Small kids just love to tug on your beard.

Their hands are always dirty and sticky too, so you'll get all that up in your beard.

My daughter loves to pull on my beard in the morning. She actually thinks it's the best way to wake me up, well, it actually is because it hurts like hell!

The other day she decided to ruin 30 mins of beard preparation by grabbing my beard balm, taking a big lug out and smothering it in my beard in the restaurant. 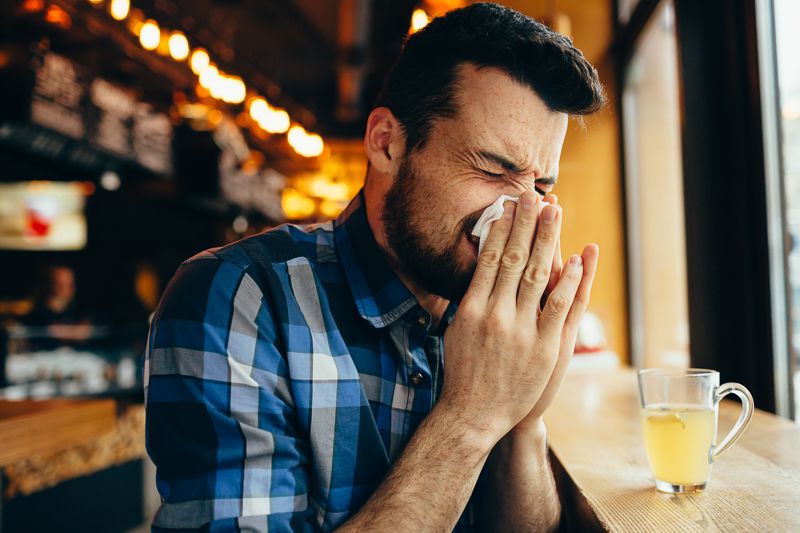 This has to the worst thing ever. If you grow your beard lads, be very prepared or a snot fest in your beard.

It's even worse if you have a moustache. There isn't much you can do about it, well, I haven't found a solution, apart from the obvious solution of shaving it off.

It's just one of those things. Lump it or leave it!

14.) Being mistaken for every other guy with a beard

This is a classic. So apparently we all look the same!? People are always thinking I'm someone else.

When I politely tell people that I'm not who they think I am, I get the classic response: "Sorry mate, all you bearded dudes look the same to me!"

F#ck off you twat!

I've written about this before in a few articles and guest posts. Having a beard can give you issues at the airport. I pretty much expect to always be stopped at the airport these days. My bag is always checked and 9 times out of 10 they will pull me to the side and give me the one on one treatment.

Maybe it's because we look so cool that security wants to meet us and take a photo with the cool chap with a beard?!

It's especially a problem when your passport photo doesn't match your new beard. They will literally stare at the photo for hours trying to figure out if you are who you say you are.

Ah yes! The wind. The UK is famous for its cold windy winters. Wind is definitely not your friend. It can mess up your styling, it can dry out your beard and it also makes you look like a dick while driving with the windows down.

Also, you can't wear a scarf in the summer to protect it, so you're stuffed!

Just deal with it.

What you think and the feedback from the research

I thought it would be cool to post some of the quotes on this subject from some of the awesome fellas over on #iBeardclud on facebook.

All anonymous of course.

"Kissing Mrs and getting a mouthful of moustache in it first."

"Hairs caught in your coat zipper. Jeeeeeeeesus that hurts"

"Every single food should think about how it is eaten"

"Your baby pulling your beard"

"Don't you get hot with that"

"Icecream in a cone - did it once, won't do it again, you lose all dignity eating one"

"Having a constant stream of women throwing themselves at me gets tiring at times."

"Sneezing..... Then trying to clean up the result"

"Being mistaken for every other guy with a beard"

"Definitely eating my moustache with every meal! In joint second place is morning drool and cereal milk/food in my beard."

"My cat loves biting mine"

"Coke can ring pulls on the 'tasche"

"Eating anything that is not a solid."

"Having to constantly fight off the beard lovin' women" 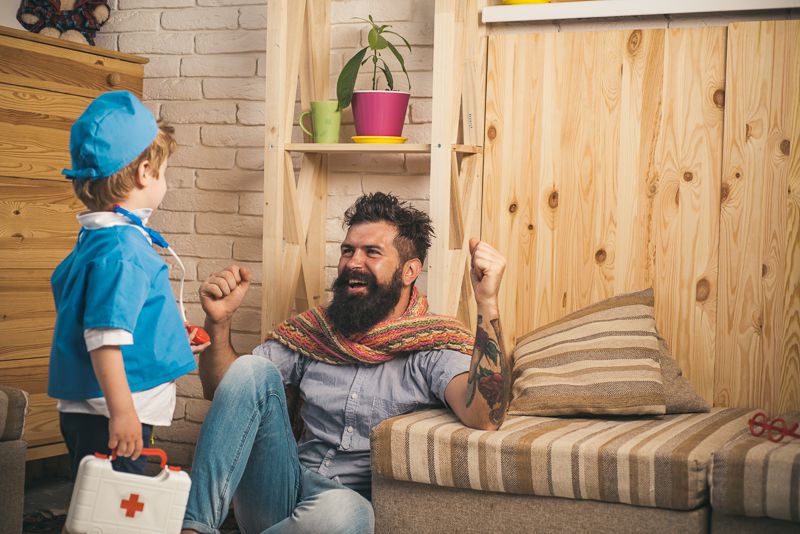 In this article, we discussed the top 16 worst things about having a beard. We covered some pretty common things to consider. Everything from food in your beard to babies pulling your beard off!

We also finished off with some brilliant quotes from some awesome fellow bearded lads on Facebook.

Now I wouldn't want anything in this article to put you off growing a beard, but it's always good to understand the things you wish you knew before growing a beard.

Nothing in here will ever put me off and it shouldn't put you off either.